To honor the history of the olde Classic map, Luxtoberfest is having a Classic Craze event...

Only rooms hosting the Classic map will appear on the tracker!

I haven't forced active rooms offline, but once empty they will disappear... 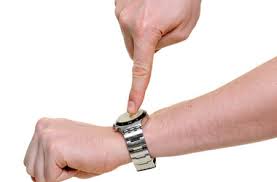 how is the classic leaderboard going to work as the "tournament" scoreboard? is it going to flip over automatically after a certain number of games (that's what it sounds like, but if so, what is the threshold number of games)?

the reason for asking is my classic leaderboard score seems to be the same as my lux rank. i have only played two games of classic since the "tournament" began (or ever under this avatar), but my first 2nd place finish with +30 raw took me to 645 "classic" raw (building on my general lux raw, it seems, not starting me at 500).

also, i think rogue monk above is alluding to the fact that the "tournament" map was not active until the end of the day on oct. 10. it looks like you extended tournament a day to compensate (which departs from original announcement). is there a specific time that the "tournament" will end on the 12th?

I vote, let it end quickly. And give anyone who tried to play a medal for perseverance.
Top

there appears to be a difference now between regular raw and classic raw. i don't know if that was automatic, or if a switch was flipped, but i am now assuming the classic leaderboard now accurately reflects games played during the tournament only from the 10th-12th (it confuses me too much to try and cross check)

still interested to hear the time these rooms will be shut down the the tournament will end on the 12th . . .

Here's a clean leaderboard for the Classic Craze tournament.

Tournament will keep going until mid-day tomorrow, to give a full 48 hours from when it started. If there's an active Classic room going at that time, I'll extend it until the end of tomorrow, but will turn the other rooms back on either way.

O the holy anointed 1 has decided just in time to watch the luxtoverfest crash & burn upon some jagged pills & rocks?
Where is my Inferno MapZ tournament this year... the more you type the more it seems that Paranoiarodeo was 100% right about everything. Stop wasting everyone's time & Energies! or Cubes!

p.s. why do you suck so many devil's eggs every time dustin?
Top

Classic games are humming along...

I turned the other rooms back on tho.

Final Classic Craze winners will be announced at the end of the day today. Classic games until then count in the results...

can you give us a time relative to a time zone? it affects decisions we may make. we just crossed the 48 hour threshold, i believe.

for the weekly chase, we know exactly when the reset comes, and that helps with planning and strategy.

So is the classic tourney already over or what everybody is playing BIO????????????
Top

I think dustin extended the classic tourney for one day (correct should be 10th-13th), but the Bio rooms are put up again, because people like to play bio.
So players can decide wheather they want still to play the classic map counting to the tourney or if they prefer to play their beloved bio maps.

There have been always discussions why people seem to prefere to play bio (it is a pity: many of the most active forums users complain about bio but do not come to play when classic games are provided, Business as usual ...). Best thing is to just enter a classic room and hope others will join and come. We had some great fun games and i have seen many of the old names (GK, PJB, Lantern, just to mention some).

Just an idea: maybe we could even introduce a "classic day" once a week in future. Maybe we can get enough players for some fun games then? I personally would enjoy to see some more classic games running.
Top

I was in the classic host last night but nobody came.Probably players like to play BIO because its easier to play compare to classic....
Top

Way to go M!!! I knew you'd be cleaning all their clocks in the absence of my demonic presence!

Nice bling there PJB & Inflatiable wabbit! congrats to both of you

As well as all the other HONORABLE luxers still left in the luxtopian pools of time & space!

Seeya as soon as I can get unimatrix000 back online & in the interwebz!

A minimum of games was not set? Only three did count?
Top

3 minimum to get a score, but the winners all had 5+
Top

Klassic Dustin dodging all the relevant questions or answers as always...

So here we go to my starforges to start a new headline or 51 or so...